Are you a one speed machine?

Are you really good at running one Speed, and really bad at any other speed?

In the last three months I have performed a lot of running form assessments or lactate testing with runners of varying levels training histories, abilities, and previous best performances.  However, there was one common denominator, they were very good at running at one speed.

When running below or above what is effectively their sweet spot they are not as effective or efficient.  While this may be ok, and for the people that just want to run or jog there 5 or 10km in the same time and the same speed.  However, I believe even for these people it is not optimal.

When we can throw in a bit of slower running, and a lot of faster running they are likely to be fitter, stronger, and at a lower chance of receiving an overuse injury.

For our muscles it is also good when they have a bit of relief that they receive when we run slower, and it makes them stronger when we run faster.

Most importantly it is more fun. Nobody likes being stuck in a groove and that is often the common comment or complaint that I receive every when meeting with an athlete, “I can not move any faster or when I do I last a kilometer”.

A lot of people have the idea that due to doing a lot of training and a taper that they are doing to be able to race faster. However,  if you have not prepared your legs to build and maintain a stride length it is a tough and largely unrealistic goal to be able to maintain that workload for the entire race.

This is often the reason why things fall apart on the back-end of the race. The classic, “I was feeling really good until the last 5 km”

If you can train your body to work at or above the level that you need for the race distance you are going to be a lot closer to achieving your goal.

This is where a lot of people go wrong.  They decide to run every run faster, which just results in them being more fatigued and not being able to run fast when it counts.  It also prevents them from building them aerobic engine.

I prefer to use more polarised training where the aerobic sessions, are a bit slower, less stress, and not so draining accomanied by speed sessions that are very fast and teach your body a new speed.  This approach will improve you generally as an athlete, but it will not necessarily help you specifically build-up for an event.  To accomplish that you need to include some race pace intervals often to get your body more used to the pace you aim to hold for the event.  There is no point getting really good at holding a faster pace for 400m, having a rest, and thenbeing able to repeat.  You want to be able to hold the same pace the whole way through the race.

Here is a good example of a long tempo run.  Here the aim is to keep the pace and effort as even as possible.  These sessions can start with 2-3km intervals and then progress to being one long interval. 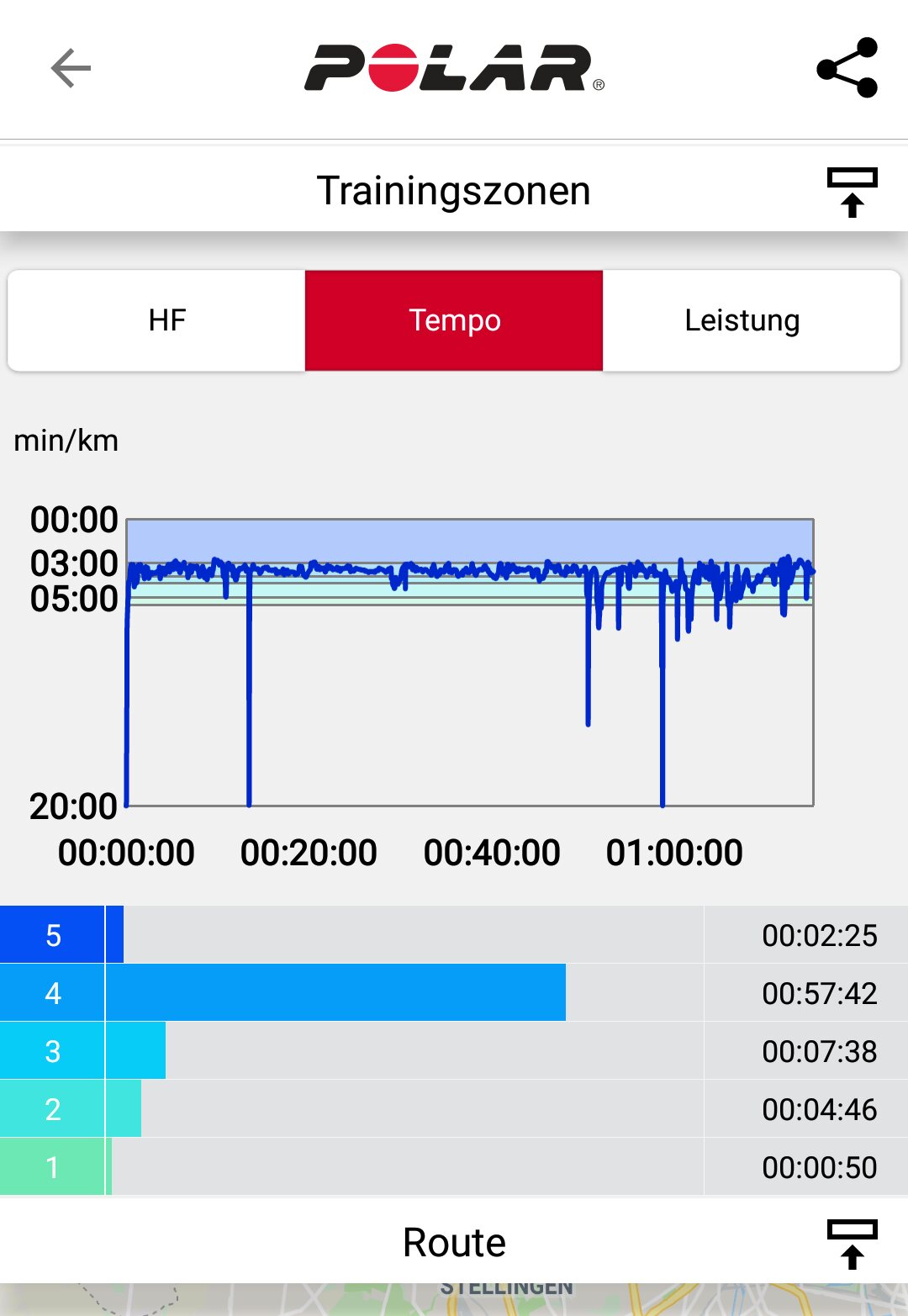 Here is a more relaxed session with stride outs to include some pace, but not to overly load the system. 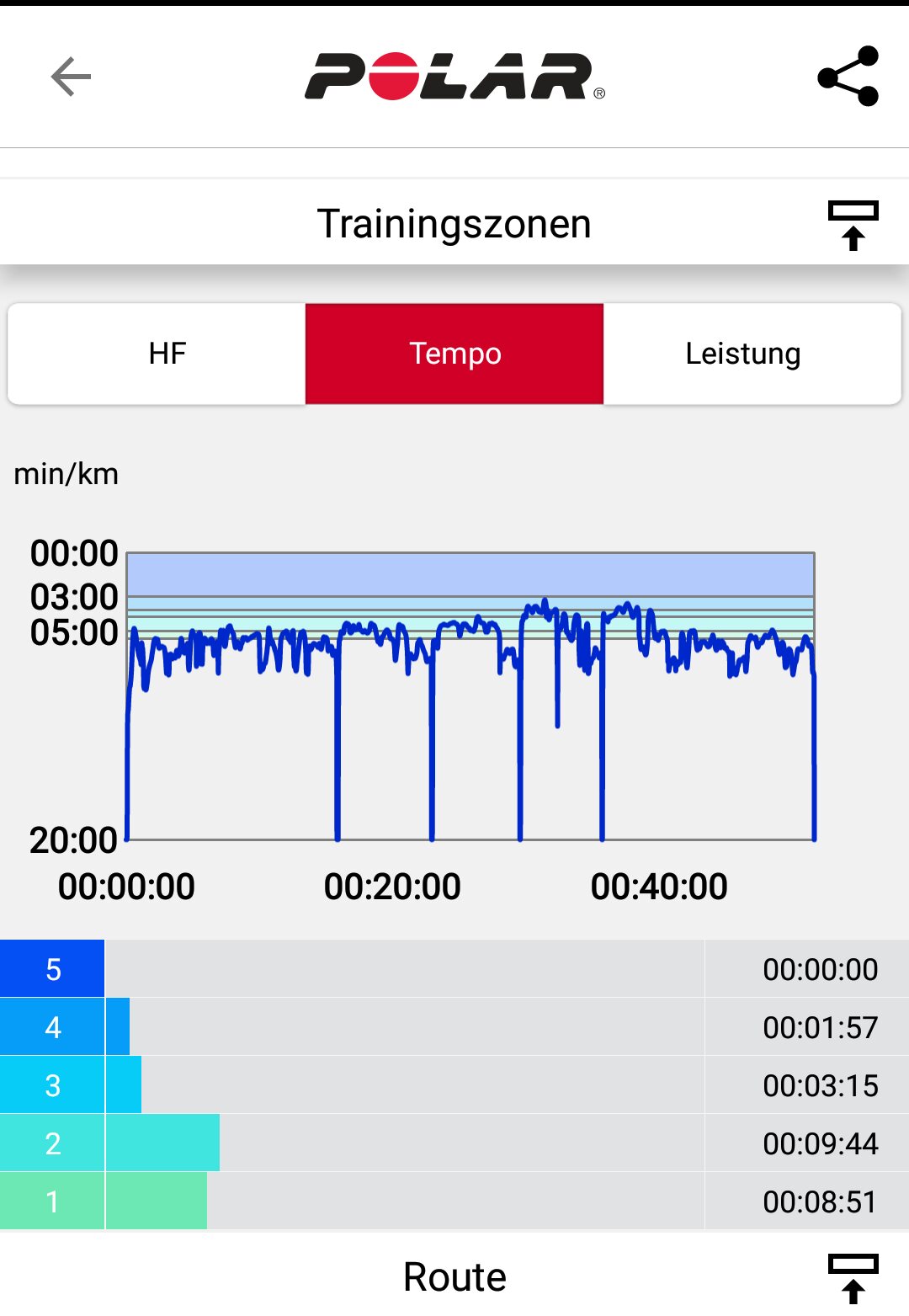 Finally we have a structured long run where the pace was faster at the start to get the body used to starting off a limited warm-up and then dropped down the effort and just ticking the legs over and building the aerobic engine. 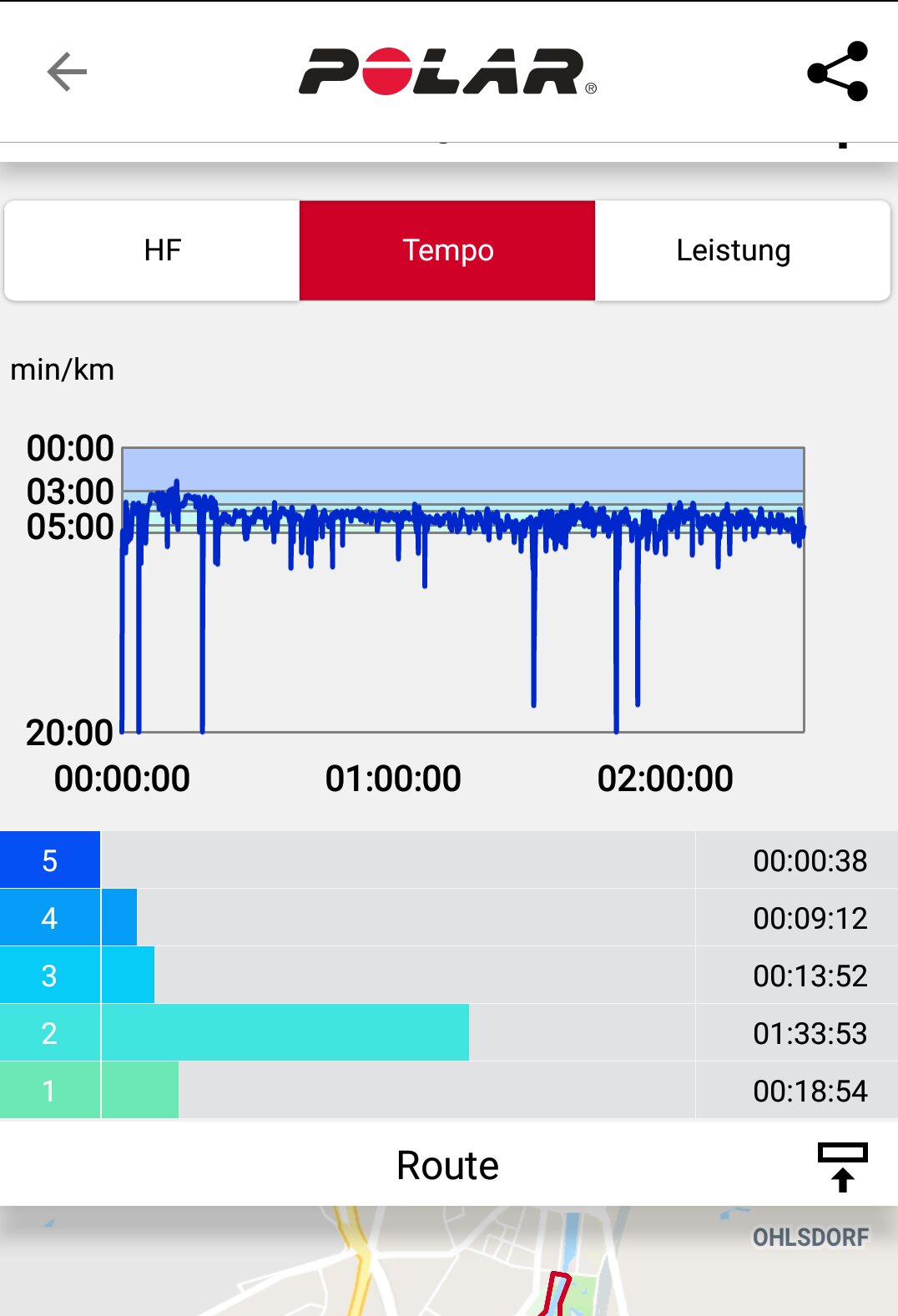 Regardless of your ability, pace, or goal you should aim to have some sort of polarised training into your training.  Not only will it break up the monetany of the training it will almost help get out of a rut.